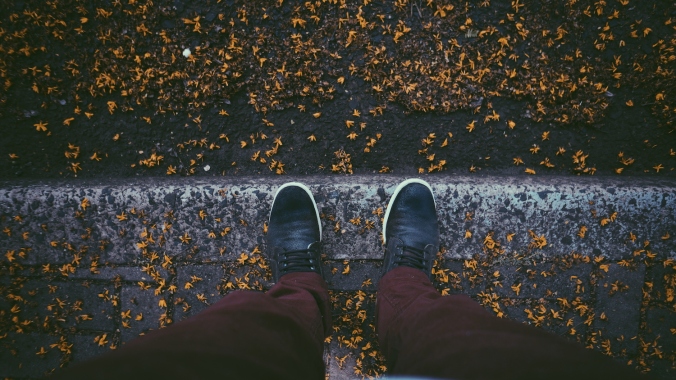 Deep in the Old Testament book of 2 Chronicles you find the story of Joash. In the wake of a period of great evil under the reign of Ahaziah, God used a priest by the name of Jehoiada to secure the kingdom, rid it of evil and bring Joash into power. 2 Chronicles 24:2 says that, “Joash did what was right in the eyes of the Lord all the days of Jehoiada the priest.” With Jehoiada the priest in the picture, Joash acted wisely and led the people of God to worship regularly. (2 Chron. 24:14)

But great men don’t live forever. In time, “Jehoiada grew old and full of days, and died.” After the death of Jehoiada, 2 Chronicles says that “the princes of Judah came and paid homage to the king. Then the king listened to them.”

Unfortunately Joash didn’t vet his new counselors. He embraced advisors without considering their character.  The result?  2 Chronicles 24:18 says that, “they abandoned the house of the Lord, the God of their fathers, and served the Asherim and the idols.” Seemingly overnight Joash moved from honoring God to abandoning Him.

But God in His infinite grace sent prophets to His people to bring them back. Enter Zechariah, the son of Jehoiada the priest. With all of Joash’s history with this great man you would think that Joash would have embraced Zechariah, Jehoiada’s son. But surrounded by bad counsel 2 Chronicles says that they (meaning Joash and those he was listening to from Judah) conspired against Zechariah leading Joash to order that he be killed. (2 Chron. 24:21-22)

My mother was right when she told me: “Be careful who you listen to.” But long before Mom said it, God wrote it. Much of Psalms and Proverbs espouses the wisdom of many counselors… but it also advises the pursuit of the right kind of counsel.  Time and time again in the Scriptures we see the power of picking the right kind of counsel. Think of Solomon’s son, Rehoboam, who could have been a great had he not rejected the wisdom of his father’s counselors for the folly of his own friends (see 1 Kings 12). On the flip side, consider how Moses benefited because he listened to the wisdom of his father-in-law, Jethro (Exodus 18).

The clear warning of Scripture is that it is foolish to listen to no one… but it is equally foolish to just listen to anyone. Wisdom calls us to not only pursue many counselors but also to be highly discerning about who we choose to place in those positions.

Picking The Right People To Listen To

So how do you pick the right people for wisdom when you need it? Consider at least these three things:

Too often we seek advice from someone based solely on what we see on the surface (i.e. success, position, etc). But external criteria doesn’t guarantee the presence of internal character. We all want to learn from those who have had success, but to evaluate character in the midst of competency we must ask: “What have been your hardest lessons?” “What is God teaching you right now?” “Where did you fail to listen to God and what did it cost you?” If a leader can’t readily and quickly answer these questions they probably aren’t a voice worth pursuing. Men and women of character have character because it was forged in the fire – and good leaders never hesitate to talk about the lessons they learned in the crucible.

2.  Avoid People Who Always Agree With You.

Pursue honest people. Proverbs 27:6 says, “faithful are the wounds of a friend.” Good advice isn’t always easy; and people who really care about you will tell you what you need to hear even if it’s not what you want to hear. People who are always agreeable, always encouraging and always taking your side are best left on the sidelines as they make for good cheerleaders but bad counselors.

God won’t send someone to you to tell you something contrary to what He has already written to you. If the advice of the people around you stands in contrast to what God has already said in His Scriptures, run. Equally, it’s dangerous to rely on only one voice so vet their voice through the wisdom of others. Proverbs speaks of the merit of many counselors for a reason. Don’t just find one, find a few.

So consider who you are listening to, choose those people well and don’t just listen to anyone but do listen to someone. Only a fool walks alone.

One of the great dangers for those who are following Christ is forgetting who we were and where we came from. Forgetting our own failures so often leads to an impatience with others and a reluctance to extend to them the very grace that we are so thankful for ourselves.

As leaders we have a unique responsibility to remind people of where they come from; and as uncomfortable or unpopular as that may seem, it is a necessity that we dare not neglect.

I write more about this unique leadership need here where I argue that,

“Dredging up someone’s past isn’t typically touted as a key to effective leadership, but lately I’ve been wondering if I should revisit the past with people more often.”

“…without reminding our churches of who they were before Christ, Christ’s mission to make disciples of all nations is likely to be treated as merely a spiritual exercise instead of a profoundly personal one.”*

*Excerpts from, “Perhaps We Have a Memory Problem,” previously published at EFCA Now, November 2017, Evangelical Free Church of America.

Husband to Dawn. Father to Ethan and Ava. Friend to many. Follower of One. (more about me...)